The public perception and faith in Humberside Police are based on the honesty and integrity of its officers. This is especially true at higher level posts such as Inspector.

Inspector Graeme Roberts instigated an illicit sexual affair with a married woman which lasted for over 12 months. Much of the time spent was during Inspector Roberts paid working day with his behaviour at an extreme level of both harassment and obsession.

How can a person in a position of trust behave in such a way especially when the reputation of Humberside Police is at stake?

Inspector Roberts has exploited his position and shown he is both untrustworthy and an embracement to the force.

We are calling for his immediate suspension pending an investigation by the Police Professional Standards Department and his subsequent removal from Humberside Police.

He is a serving officer in B Division at Scunthorpe Police Station.

He is however about the lease suitable person to be on this board due to his own record of abusing Police time to conduct illicit affairs with married women and is a proven liar. Graeme Roberts must be removed from active service within the Humberside Police force and we will not rest until this goal is achieved!

Despite reports being made against 1948 Graeme Roberts to Humberside Police over a period of several months, no disciplinary action was ever taken and he remains an active officer.

The aim of his superior officers was to cover up what 1948 Graeme Roberts had done and to intimidate anyone attempting to make a formal complaint. 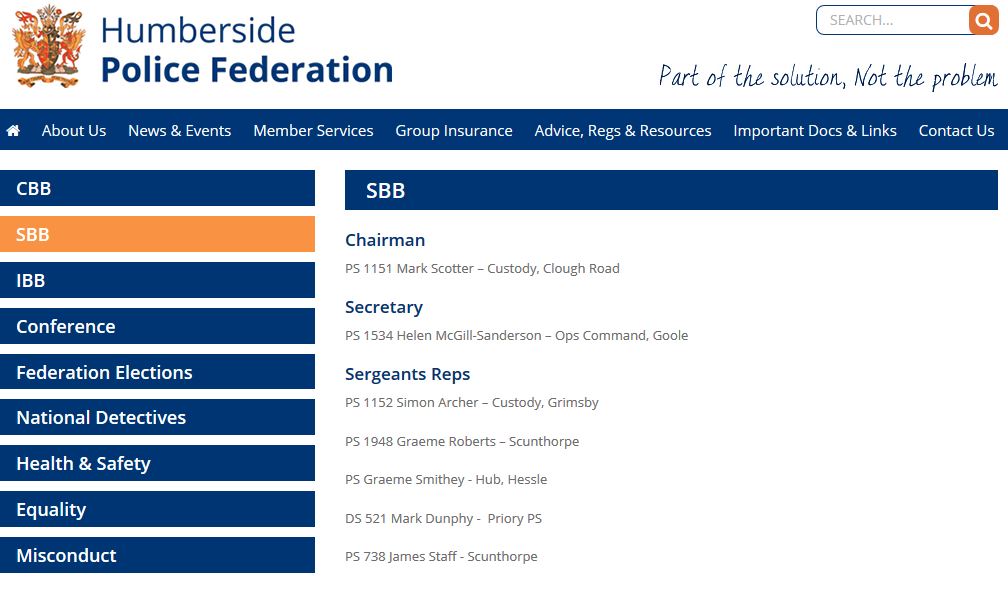 Please feel free to contact the webmaster if you have been affected by PS 1948 Graeme Roberts actions and we will continue our efforts for him to be removed as a serving officer of Humberside Police.

Here is a list of other evidence of corruption within the Humberside Police Force: